Cities and Communities beyond COVID-19

Governing Cities in a Global Era 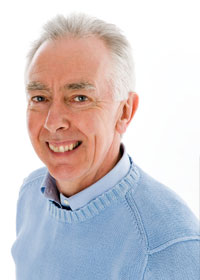 Robin Hambleton has BA and MA degrees in town and regional planning, a PhD in public management, is a member of the Royal Town Planning Institute (RTPI) , a Fellow of the Royal Society of Arts (FRSA), and has over thirty years experience of working with city leaders and managers in the UK, Europe, North America, Australia, New Zealand and elsewhere.

He is passionate about cities and the potential for city leaders, planners, managers and urban activists to enhance the quality of life for all those who experience cities.

He has wide experience of change management in local government and public service organizations and has acted as a consultant to leaders in many urban settings.

He worked in four very different urban authorities in different departments before taking up his first academic appointment at the University of Bristol in 1979. The authorities he worked for were: Lambeth (city planning); Salford (housing renewal and social services); Stockport (corporate planning and area management); and Gateshead (Team Leader of the Inner Area Program involving a partnership between local and central government).

He was appointed as an Adviser on Local Democracy to Ministers in UK central government in 1997 and has also been an Adviser to Select Committees of the House of Commons and the House of Lords. He served on the Board of Improvement and Development Agency (IDeA) for local government and on the Local/Central Relations Committee of the Joseph Rowntree Foundation

He was founding President of the European Urban Research Association (EURA) (1997-2002) – an organization that now has members in more than twenty countries. Read more: www.eura.org

He was Dean of the College of Urban Planning and Public Affairs (CUPPA) at the University of Illinois at Chicago (2002-2007). UIC is a highly respected public university located in the heart of Chicago and CUPPA has the leading role in delivering the UIC Great Cities Commitment. Read more: www.uic.edu/cuppa

He has written more than ten books on policy-making and urban governance, over 300 articles and made a film for the BBC on local leadership. He has written several national guidance documents for UK local government.